The Olympic Theatre is located inside the so called “Palazzo del Territorio”, at the far eastern side of corso Palladia, the main road running through the historical city centre.
In 1580, Palladio was 72 years old when he was commissioned by the Olympic Academia to design a stable theatre. The project was openly inspired by Roman theatres described by Vitruvio: a cavea with an oval flight of steps, encircled by a colonnade, with statues on the frieze, a rectangular stage and a magnificent forestage on two architectural orders, with three arched openings, inside which aedicules and niches can be found with statues and low-relief sculptures.

Palladio finished his design a few months before his death, however he did not live to see the theatre completed. His son Silla looked after the execution of works, delivering the theatre to the city in 1583.

The first theatre’s first show took place on occasion of the Carnival of 1585: Oedipus the King by Sophocles, with stage direction by Vincenzo Scamozzi, magnificently reproducing the seven roads of Thebes. The effect was so good that these wooden superstructures became an integral and stable part of the theatre.
The theatre’s fame reached first Venice, and then all of Italy, achieving the admiration of all those who saw the humanistic dream of reliving classic art materialised. 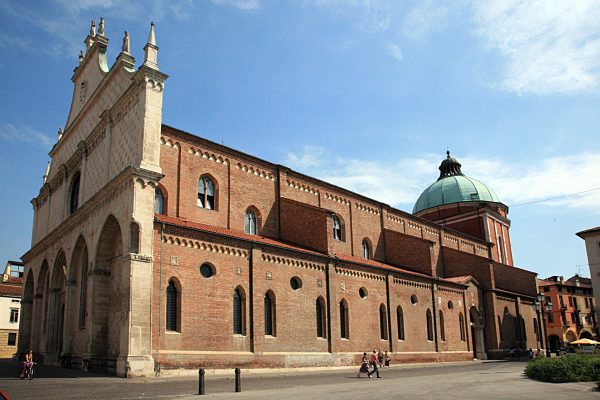 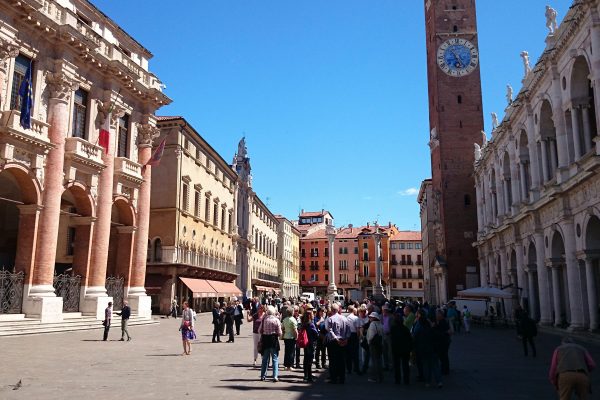